Should first aid training in schools should be compulsory? – News – Education Executive 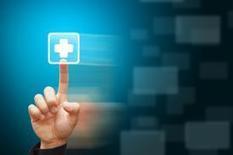 According to St. John’s Ambulance, 140,000 people in the UK die each year in situations where first aid could have saved them. Could making first aid education in schools compulsory reduce this number?

In a survey of more than 1,500 school children, 70% said they would not know how to help in an emergency and 80% said that they would feel safer if they had some first aid knowledge.

First aid is a mandatory subject for Welsh and Northern Ireland pupils, but in England and Scotland it is only an option within the curriculum. 83% of primary school teachers who responded to the survey said they would like first aid lessons, but less than one in five schools currently provide them.

The Government has previously stated it aimed to bring first aid education into England by 2011, however this has yet to come into fruition.

Paul Hosking, MD at Aid Training commented: “There aren’t enough first aiders in the UK, only 7% of the UK population can recall first aid advice. If children are taught first aid from an early age and throughout education they could one day be able to save a life.”

Around 2,500 people die each year from a blocked airway, preventable by putting the person into the recovery position. The British Red Cross estimates that of the 5.5 million people who visit A&E each year due to an accident, about 3 million have injuries that would have benefitted from some form of first aid treatment.
See on www.edexec.co.uk