Doctor’s plea for defibrillators to be in all public buildings 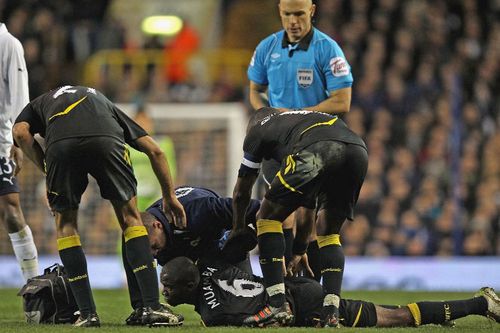 Dr Aseem Malhotra, from Manchester, a cardiology specialist registrar at the Royal Free Hospital in London, says the machines could save thousands of lives.

A cardiologist has called for defibrillators to be placed in all public buildings in a bid to improve the  low survival rates for heart attack victims.

About 60,000 heart attacks happen outside of hospitals in Britain each year – but the survival rate is between just two per cent and 12pc.

Dr Aseem Malhotra, from Manchester , a cardiology specialist registrar at the Royal Free Hospital in London, says the machines could save thousands of lives.

The former Manchester Grammar pupil said: “There should be defibrillators in all public buildings. They should be there like you have fire extinguishers.

“We know that, with defibrillation, the chances of survival increase to 75 pc. They are simple, computerised, tell you what to do, and it analyses the heart rhythm for you, shocking patients out of the abnormal rhythm.”

Dr Aseem and colleague Roby Rakhit, consultant cardiologist and clinical director at the hospital, have written an article in the British Medical Journal which says scientific evidence to support early defibrillation is overwhelming.

They say lessons can also be learned from Seattle in the US, which has the world’s highest rate of survival for cardiac arrests. Children in Seattle are taught CPR in schools.

They say there should be more CPR training in Britain and steps should also be taken to ensure that patients are sent to the right hospitals where they can be treated by specialist cardiologists.

The call for more machines also comes after the Bolton Wanderers footballer Fabrice Muamba nearly died during a match but was saved thanks to prompt treatment and the use of a defibrillator.

Surveys have revealed that only one in 13 people in Britain feel confident enough to carry out emergency first aid.

Campaigners including leading doctors, health experts and MPs have written to the prime minister asking him to consider changing the law to make the life-saving machines compulsory in every community.
See on www.manchestereveningnews.co.uk