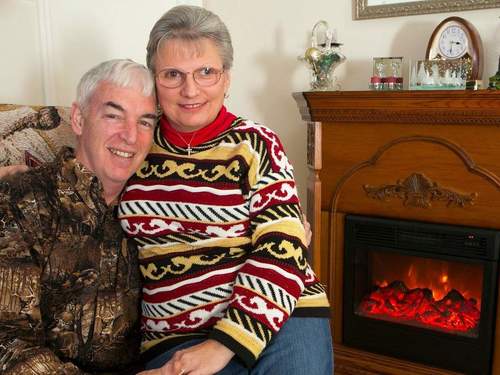 There are five days in November that Denise Leary cannot account for.

She suffered cardiac arrest, her body temperature was cooled by emergency health care workers to slow damage to her brain, and she was put into a coma.

“I remember waking up at the hospital on Saturday,” said Leary, 52. She had suffered the cardiac arrest on the preceding Wednesday.

“My family was telling me that I almost died,” Leary said. “I don’t even remember being sick the night before.”

She remembers Munroe Regional Medical Center doctors telling her afterward that they cooled her body temperature about 5 degrees to slow damage to her brain. When the heart stops beating oxygenated blood, neurological damage quickly ensues.

Leary is a success story for Munroe’s new program addressing cardiac arrest cases. The hospital now coordinates among its departments the cooling process that slows brain damage and gives the heart time to send new oxygen-rich blood throughout the body.

The cooling regimen gives many patients hope that wasn’t there before.

Fraunfelter said patients receiving the hypothermic treatment do between 40 percent and 60 percent better than those who don’t have their bodies chilled.