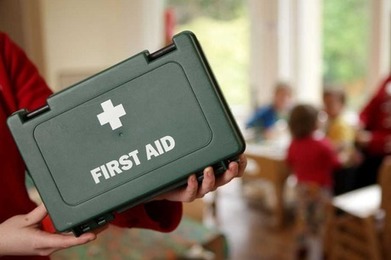 The plans are in response to a campaign by Joanne and Dan Thompson, whose daughter Millie died after choking at a nursery in 2012.

All Level 2 and Level 3 staff will be required to have an emergency paediatric first aid or a full paediatric first aid certificate if they are to count towards the staff-qualification ratios in the EYFS. Currently early years providers must have one first-aider on the premises at all times.

The emergency first aid training course would be equivalent to one day’s training and will need to be refreshed by staff every three years to count towards the ratios.

The Thompsons have also given their backing to a new first aid certificate in memory of their daughter.

Early years settings will be able to display ‘Millie’s Mark’ as a sign of gold-standard provision.

The DfE will look into how this would be awarded and its scope, and the scheme is expected to run from early next year.

A consultation on the training proposals will take place during the next Parliament and they are expected to come into effect by September 2016.

The National Day Nurseries Association has also developed guidance and case studies with funding from the DfE.

The Government has also extended a special deal, previously only available to schools, to enable private and voluntary providers and out-of-school and holiday clubs, to buy defibrillators at a reduced cost.

Childcare and education minister Sam Gyimah said, ‘Today’s proposals will mean that thousands more staff will be able to respond to emergencies more quickly, making sure parents really can access the very best possible childcare choices for their families.

‘Not only will this help ensure children are safe while they learn, grow and develop, but it will also raise the quality and skills of the early years workforce to help them deal with day to day first aid issues such allergies and knowing when to call parents.’