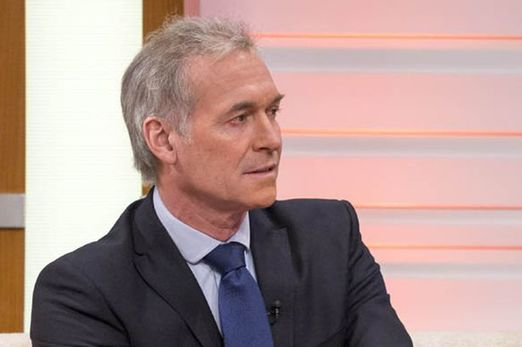 Thousands of Brits are needlessly dying from cardiac arrests because too many people have no idea how to perform CPR, experts warn.

A new study has found that almost a fifth of Brits – 18% – do not know what CPR is and 60% have never been trained how to do it.

Experts say that if CPR was made compulsory at secondary schools, up to 5,000 lives a year could be saved.

Catherine Kelly, director of prevention, survival and support at the British Heart Foundation, said: “In the UK, less than 1 in 10 people survive an out of hospital cardiac arrest.

“However in Norway, where CPR is taught in secondary schools, the survival figure is as high as one in four.

“That’s why it’s the BHF’s ambition to teach CPR to all young people in secondary schools across the UK.

“Training secondary school children in CPR could help to save lives. If we achieve the survival rates seen in countries where secondary school training is mandatory we could contribute to helping save an additional 5,000 lives each year.”

The research by ITV’s Good Morning Britain reveals that just under half – 45% – of us do not feel confident to carry out CPR on someone who has had a cardiac arrest.

A third – 35% – said they would be worried that attempting CPR could make things worse.

The OnePoll survey for Good Morning Britain was commissioned to launch of the Heels 4 Hearts campaign, which aims to give pupils in UK secondary schools and sixth forms the opportunity to learn CPR.

Heels 4 Hearts, which is supported by the British Heart Foundation, aims to encourage the public to donate unwanted shoes to BHF shops during the campaign. Money raised by the shoes will help fund CPR kits for schools.

Throughout this week on Good Morning Britain, presenters will hear from people whose lives have been saved by CPR, meet pupils who are being taught CPR skills and interview celebrities with personal experience of heart disease.

Other findings from the survey of 5,000 people revealed that eight out of ten – 83% – people agree it should be compulsory to learn CPR in school.

Also 40% of those asked believed ovarian or breast cancer was the biggest single killer of women when in fact coronary heart disease kills three times as many women as breast cancer.

Celebrities including Sir Tom Jones, Dame Kelly Holmes and Dame Helen Mirren have already pledged their support for Heels 4 Hearts and will be donating shoes to the campaign.

Ms Kelly, of the BHF, added: “It’s shocking that 60% of the population have not been trained in CPR and that 45% do not feel confident to carry out CPR on someone who has had a cardiac arrest.

“Knowing how to react when you’re faced with a cardiac arrest can mean the difference between life and death. That’s why we’re urging everyone to donate their unwanted shoes to the Heels 4 Hearts campaign which will go towards funding CPR kits for secondary schools in the UK.”

Good Morning Britain’s Dr Hilary Jones said: “These findings don’t surpriseme but are disappointing because being able to carry out CPR undoubtedly saves lives and is so easy to do.

“In countries where it is taught in schools people who need CPR have more than double the chance of surviving a cardiac arrest then in the UK despite heart disease being the biggest killer in our country.

“Learning CPR and having a simple to use defibrillator in public places would make a huge difference to heart attack outcomes. I am passionate about this campaign and together we can all make a difference and become lifesavers.”